This event was canceled on account of COVID-19. We are excited to announce that the Symposium will be rescheduled for March of 2023. New dates and program coming soon.

— From the Temple of Apollo at Delphi

The mind is not a vessel to be filled, but a fire to be lit.

Three intense days of grappling with big questions while reading one of the greatest texts ever written. Lectures by leading intellectuals and discussion groups led by great teachers. Encounters with Bach, Plato, Shakespeare. Conviviality and conversation lasting late into the night. All in one of the most beautiful cities of the continent amidst the sublime southern spring.
‍
Expect a multi-sensory and intellectually exciting three days — with philosophers, psychologists, musicians, theologians, artists, comedians, publishers, thespians, entrepreneurs, and political defectors — in an environment absolutely committed to freedom of thought, to listening intently to each other, and to discovering the truth about the most important things.

In an era of cancel-culture and twitter rage, where universities betray free speech and travesty the achievements of the past, where nihilism ravages the spirit, nothing is more subversive than thinking — than discovering the truths that transcend the noise: the bedrock you can build your life on.
‍
This Symposium, hosted by Ralston College, signals a fundamental new beginning in higher education. We are determined to cut through the admission games and student loans, the indoctrination and shocking loss of purpose that afflict our colleges and universities — by returning to the timeless, tried-and-true formula: truth-seeking in a community that values friendship and freedom of thought.

Essential to this gathering is the belief that the thinkers and artists of the past can illuminate the tensions and possibilities of the present. We take our name from the text that will anchor our explorations: Plato’s Symposium. Set as a long conversation over an evening among friends, the Symposium offers one of the most profound reflections ever written on the nature of love and desire (eros) in all its dimensions: interpersonal, philosophical, ethical, political, scientific, cosmological, poetic, and theological. We intend to revive this radical communion of friendship forged in discourse and animated by beauty.

Young and old, beginners and curious seekers, experts and scholars, artists and scientists, atheists and believers: this gathering is for everyone.

We hope you'll join us. 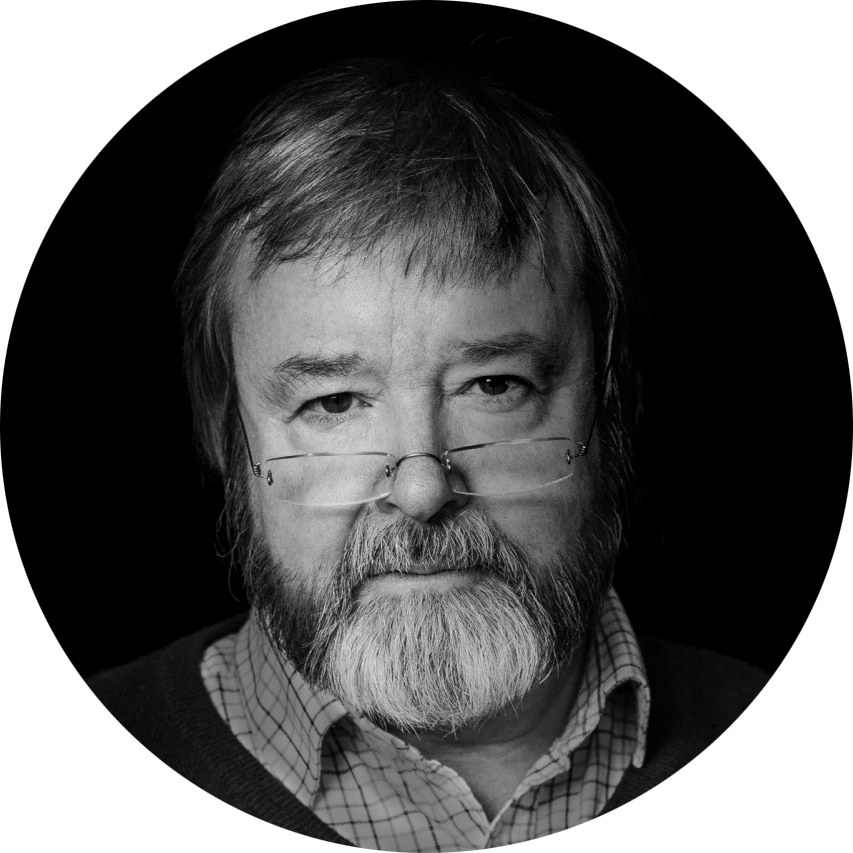 A  thinker of dazzling variety who spans both humanistic and scientific domains, McGilchrist is best known for reinvigorating interest in the divided brain. He argues that this division, which pits analysis of the particular against that of the whole, has shaped Western culture and critically underlies our present crisis. 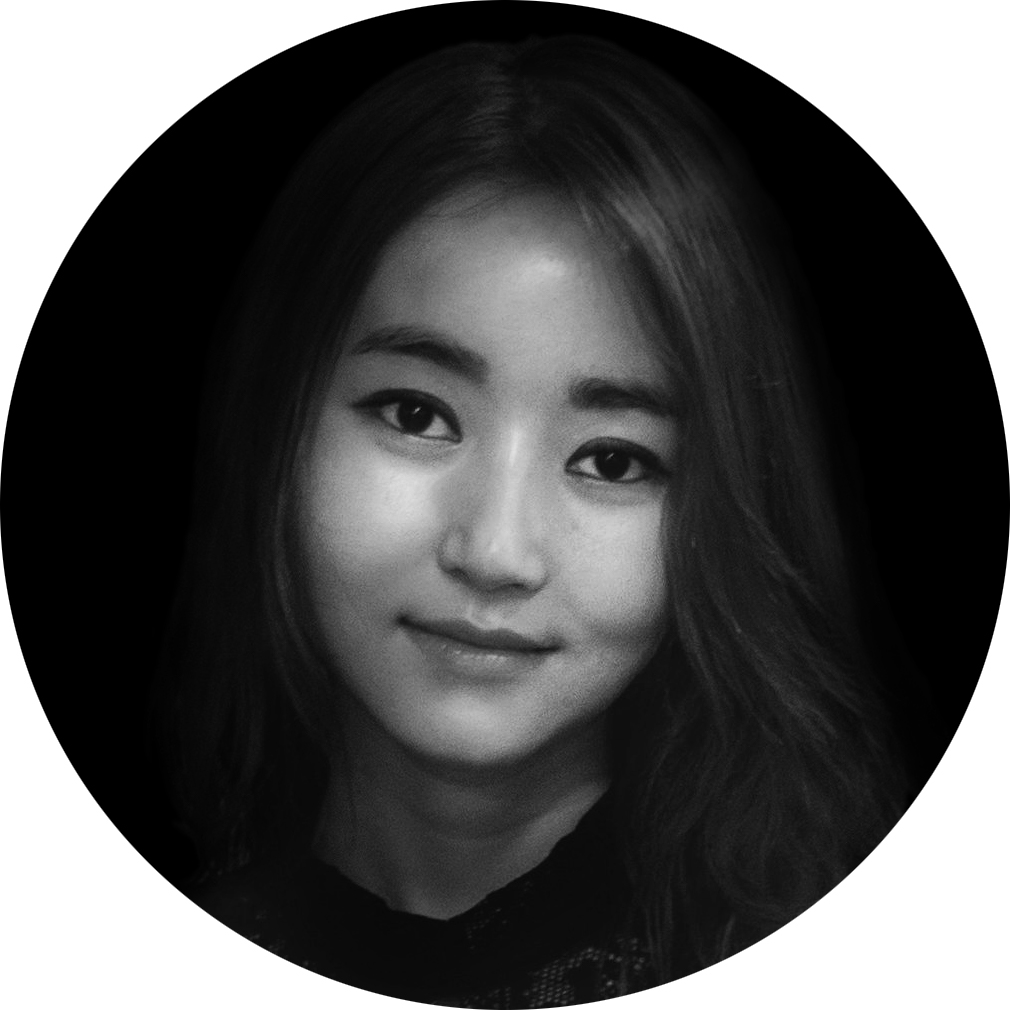 Ms Park escaped from hell and human trafficking to become a bold and articulate whistle-blower on the horrors of North Korea and its quest to repress freedom, human dignity, and even love. Her passionate firsthand account of resistance to authoritarian cruelty offers both a powerful vision of human resilience and an acute analysis of the perversions of power. 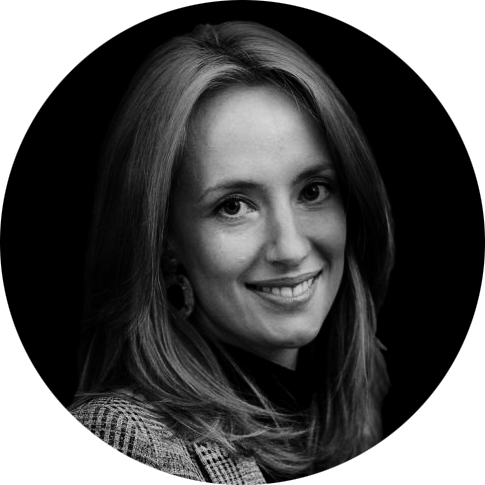 The founder and editor of the fearless online journal Quillette, Lehmann is at the forefront of the defense of free inquiry. In addition to sustaining a leading online publication through grass-roots means, Lehmann speaks and publishes on the ethical boundaries of scientific research and the importance of intellectual diversity. 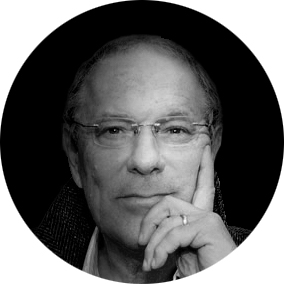 Author, social critic, physician — Daniels (aka Theodore Dalrymple) began as a psychiatrist for the poor and imprisoned. As a skeptic of infantilizing theories of selfhood he emphasizes the need for personal agency in the difficult process of self-liberation. His criticism of contemporary culture is often harsh, but it is rooted in a positive vision: of art and architecture, of literature, of civic life, and ultimately of how to live, in the fullest sense, autonomously. 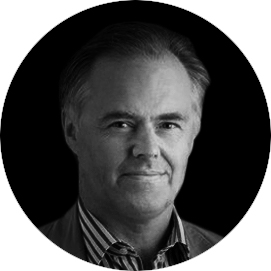 A professor of philosophy and religion at the University of Cambridge, Hedley works on conceptions of imagination, beauty, violence, and the sublime. He argues for imaginative labor as central to human endeavor, helping us to make sense of the natural order, mediate our relationship with the divine, and furnish our understanding of the self. 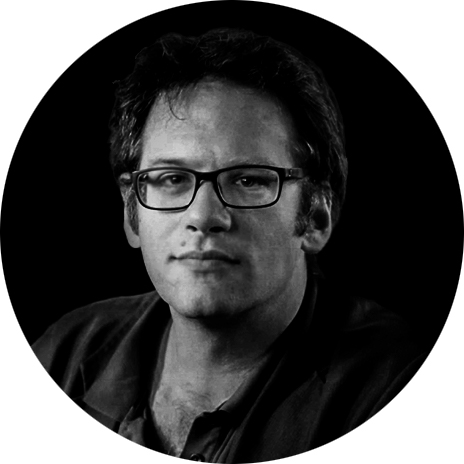 An inspired lecturer and a brilliant scholar of Ancient Greek philosophy, Diamond will guide our daily excursions into the fulcrum text of our event: Plato’s Symposium. His clear and penetrating explication and ability to make connections between antiquity and present exemplify two central tenets of the Savannah Symposium. 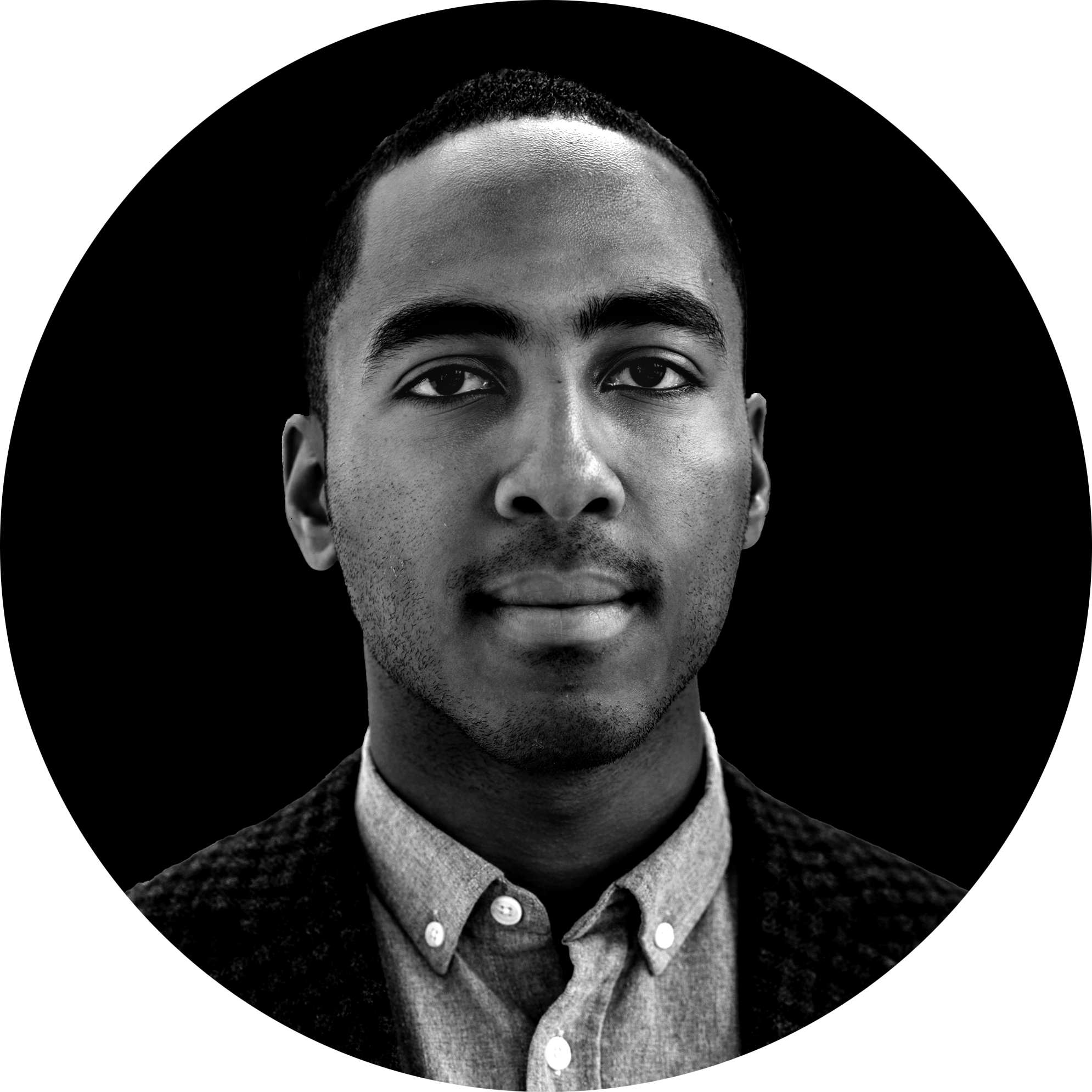 Articulate, measured, and philosophically sophisticated, with a penchant for the jazz trombone and a deep interest in the best thinkers of history, Hughes is an emerging force of his generation. His writings, interviews, and speeches display a wholesome openness for debate and a principled movement away from the noise and nearer toward the fundamental truths within our grasp. 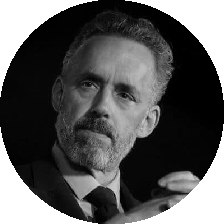 A towering public intellectual whose ideas have reached hundreds of millions, Peterson has shown equal agility analyzing contemporary culture as he has in interpreting the Bible through his honed psychological lens. In his refreshing analysis of Western tradition through new conceptions of the mind, Peterson brings to the Symposium a thoughtful mediation between the old and the new. 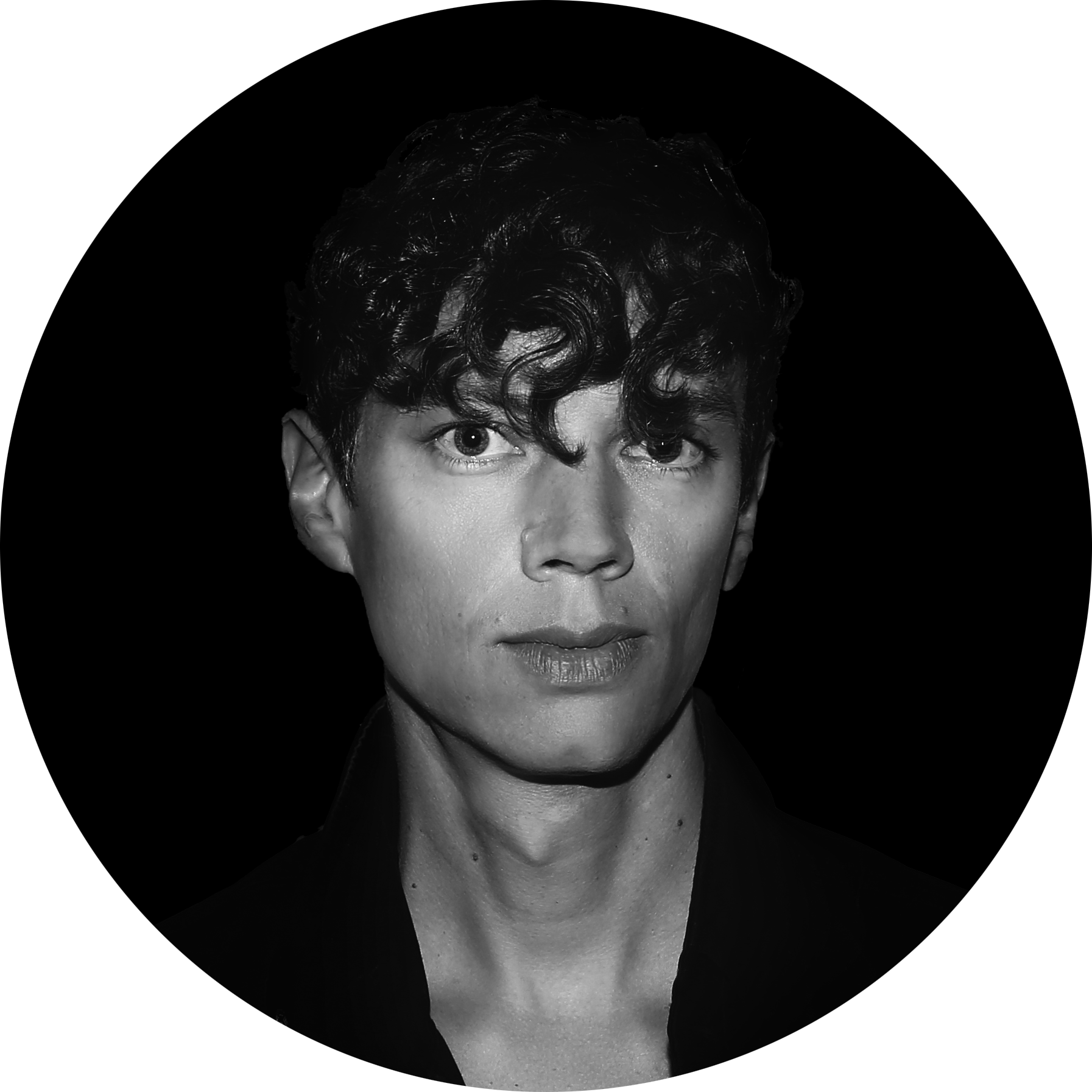 Equally inspired by Buxtehude and house beats, Francesco Tristano (Sony Classical) is a world-class musician in a league of his own. He can play Bach like Gould, Jazz like Jarrett, or pack a nightclub with his improvised electronics and piano fusion. A product of German classical tradition, Juilliard, and European house music, he has the rarest of musical gifts: an ability to open worlds both old and new. Expect a musical journey of both spellbinding rhythmicality and ethereal beauty. Watch Tristano here. 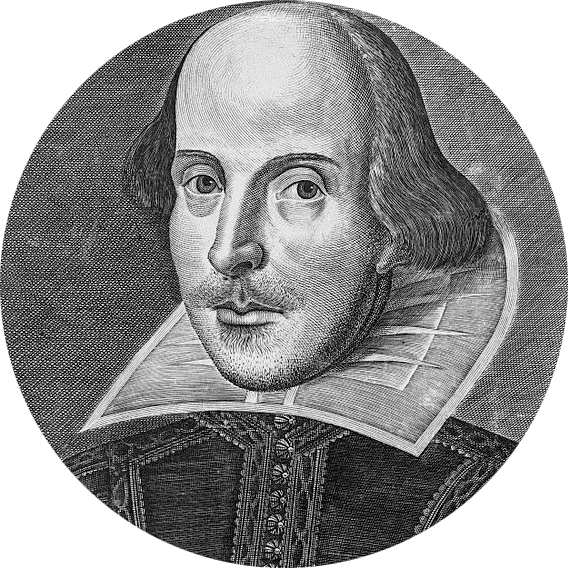 Is reconciliation possible – or are we condemned to inevitable cycles of bitterness, fragmentation, and revenge? One of the greatest playwright's greatest works, The Winter's Tale is a story of redemption: about love as forgiveness. In a production created just for our Symposium, Asheville's Scott Keel and his players will bring this masterful and moving story to life.

This is some text inside of a div block.

Sunny, subtropical Savannah is one of the most beautiful cities of the continent. It has a remarkably preserved downtown district whose architectural wonders and antebellum Southern style date back to the early eighteenth century. Its distinct Spanish moss and live oak trees drape across cobblestone roads, offering shade and scenery for pedestrians strolling past its magnificent squares, ambling down lively River Street, or resting in the shadow of the neo-Gothic Cathedral of St John the Baptist.

Few cities are more captivating than Savannah in the spring. Amidst the breathtaking urban and natural beauty, you'll find cafés, museums, nightlife, and historical monuments around each corner — an ideal setting for a symposium centered around beauty, conviviality, and the inheritance of the past.